Canadian or Kardashian – Nation Branding, Cultural Legitimacy and the Decline of that Nation State

In “Living the Brand: Nationality, Globality and the Identity Strategies of Nation Branding Consultants”, Mellissa Aronczyk of New York University tackles the emergence of “nation branding” as a distinct communications discipline and assesses its impact on society, the relevance of the nation-state and international  geopolitical relations.

Aronczyk defines nation branding as, “engaging the profit-based marketing techniques of private enterprise to create and communicate a particular version of national identity.” Nation states, particularly in Eastern Europe and Africa, are using these techniques to attract investment and tourists while also positioning these states positively within the global community, in order to advance participation in economic, military or diplomatic contexts or organizations.

Proponents of nation branding argue that it is a public good, in every citizen’s best interest, to unite the positioning and brand promise of the state in a singular brand.

A key point that Aronczyk makes is that nation branding efforts are increasingly needed to offset the declining relevance of the state in the face of increasing globalization. In this conceptual framework, our national identities are diminishing as individuals are becoming aligned with globalized factors. Within the overwhelming torrent of globalized pop culture we are becoming more Kardashian and less Canadian. The same holds true for people living in Estonia, the Ivory Coast or El Salvador. 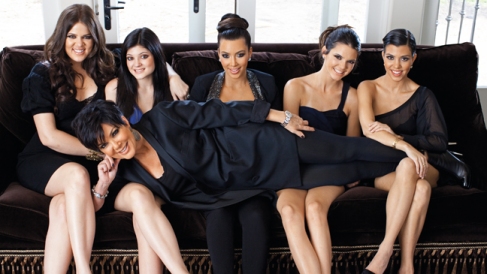 In the face this growing cultural globalization, Aronczyk notes that, “nation branding is currently justified among state and corporate actors as a necessary corrective to the waning importance of the nation-state in the context of globalized economic, political and cultural exchange.”

Yet, Aronczyk  is troubled by the rise of nation branding. In particular, she raises the concerns about “what happens when this public good falls under the authority of private branding and advertising agents?”

She goes on to argue that, “nation branding affects the moral basis of national citizenship.”  According to Aronczyk, in practice nation branding changes the cultural context of national identity. She also raises concerns of legitimacy and accountability, with brand architects displacing a role she would assign to elected officials.

Aroncyzk’s central critique of nation branding is that it, “presumes the existence of a single public (and) ignores the infinite pluralities, conflicts and potentials for resistance that characterize the realities of public life. Conceiving of a single public also ignores the creative and evolving potential of publics in space and in time. While nation branding pays lip service to public participation and the diversity of opinions, its reliance on a “core idea” to represent a national population comes at the cost of recognizing internal differentiation, resistance, or conflict.”

This is a legitimate concern. Done poorly, branding becomes a national “reductio ad absurdum,” replacing authentic shared values with empty platitudes. But when done well, which is exceptionally difficult in a pluralistic society, it offers something that can unite people in meaningful ways.

The article leaves the reader with a conundrum. Aronczyk argues that nation branding is morally suspect as it manipulates the populace in order to support the objectives of governmental elites in domestic and international affairs, while also ceding ownership of the effort to presumably dubious branding agencies.

So branding is bad. Also, it doesn’t work according to Aronczyk, who claims she cannot find a working example of a nation branding program.

So which is it?

In her critique, Alronczyk fails to accept that every nation has a brand, just like every company, not-for-profit or government. The choice is to actively shape it or cede that power to others.

She also does not explore the difference between good branding programs and bad ones. Good brands are built on a foundation of authenticity, reflecting the intrinsic truths of the nation. Nation branding only works if it has emotional and rational resonance with the public. If citizens of varying types don’t “see themselves” reflected in the brand, then it is doomed to fail.

Aronczyk’s article offers a strong summary of how nation brands are developed.

She also highlights the legitimate (and considerable) social and cultural contradictions inherent with a nation brand.

Yet Aronczyk ultimately undercuts her argument in the assignment of negative motives to governments and branding agencies. In democratic states, those governments are accountable to the electorate. It’s an imperfect system, to be sure, but branding programs can have political consequences, as was seen in New Brunswick with the failed “Be in this place…” brand.

This entry was posted in media culture society. Bookmark the permalink.

1 Response to Canadian or Kardashian – Nation Branding, Cultural Legitimacy and the Decline of that Nation State